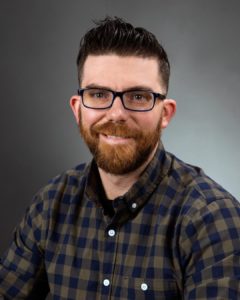 Eric Hill was born and raised in Glen Cove and graduated from Glen Cove High School and was inspired to pursue a career in the automotive industry.  Eric was accepted into the New England Institute of Technology and received with a Bachelor’s and two Associates degrees in the automotive field.  Upon graduation he received a full time position as an automotive technician at the local Honda dealer, an accomplishment which proved a steppingstone to fulfillment of his potential a few years later when he was employed at Ferrari/Maserati of Long Island.  Eric can now proudly say that he has been working with that company for the past eight years.  He has become Maserati factory trained and looking forward to more training with the company’s latest represented brand, Alfa Romeo.

Eric was fortunate enough to have as his  parents Fred and Linda Hill, who provided him with a deep appreciation of the outdoors.  Through hard work, they were able to provide the means for him and his brother Dustin Hill to learn the joys of camping, traveling and water sports.
Because of Fred and Linda’s hard work, Dustin and Eric were able ski frequently and, beginning at age ten, to learn the skill of riding dirt bikes.  He is an avid rider to this day, and even takes overnight trips.  Eric, his family and friends have ridden their motorcycles in the Glen Cove St. Patrick’s Day Parade in memory of Dustin Hill every year since his passing in 2002.
At the age of 13, Eric flew to Ireland alone and stayed with cousins for two weeks.  They showed him the vast array of wonders Ireland has to offer.  This trip  inspired him to join the Mike Moran Division 8 of the Ancient Order of Hibernians at the age of 18.  Eric’s leadership skills led to his selection in 2018 as Division President of Division 8.   Eric is also currently the Vice President of the Glen Cove Parade Committee and is Sentinel on the AOH Nassau County Board.
Eric is proud to have been selected as one of the Aides to the Grand Marshall of the 23rd Glen Cove St. Patrick’s Day Parade.  He embodies the core Irish values of love, loyalty and friendship and says:   “May the saddest day of your future be no worse than the happiest day of your past”.