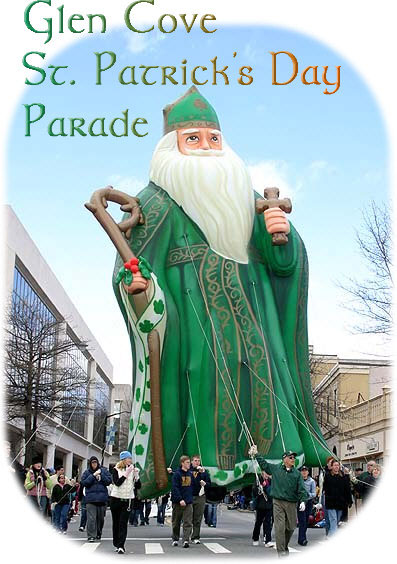 The 32nd Annual Glen Cove Saint Patrick’s Day Parade takes place on Sunday, March 20, 2022, after having been postponed in 2020 and 2021 due to Covid-19. The parade is the premier St. Patrick’s Day celebration on Long Island.

The Grand Marshal of the 32nd Parade is Gerard “Gerry” Herbert.  Gerry is a native of County Galway, Ireland and a longtime resident of Glen Cove, where he runs a successful HVAC business and has for many years been deeply involved in running the Glen Cove St. Patrick’s Day Parade.  Aides to the Grand Marshal are educator Carolyn Masterson McGillicuddy and auto specialist Eric Hill.

The Glen Cove St. Patrick’s Day Parade receives NO public or municipal financial support.  We depend solely on corporate sponsorship and individual donations to the Glen Cove Parade Committee Inc.  Please visit glencoveparade.com/support/ to review tax deductible support opportunities. All parade expenses are paid in this way and all amounts collected in excess of those expenses are donated directly to carefully chosen charities.  Our selected charity for the 32nd Parade is the St. Patrick, Glen Cove Council of the St. Vincent de Paul Society.   This worthy charity was chosen because of its dedicated service to the people of our community.