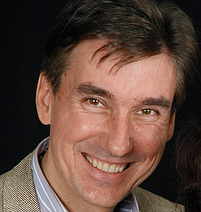 Kevin C. Horton is an accomplished author, journalist, professor and editor who resides in Sea Cliff and is well known for his service to our community.  He was born in Glen Cove and raised in Sea Cliff from the age of three.

Kevin’s parents are Robert Horton and the late Patricia Campbell Horton, journalist and owner of the Sea Cliff/Glen Cove Times and founder, in 1991, along with Kevin, of the Glen Cove Gazette, a weekly newspaper on the North Shore of Long Island.  Kevin produced and edited that newspaper for 25 years until selling the publication in 2016.

Upon graduation he started the Gold Coast Gazette in 1991 along with his mother.  With thousands of subscribers, this weekly publication has since gone on to receive many awards and is considered the number one source for reliable, fair and balanced news for five communities on the North Shore of Long Island.

Kevin is a member of the New York Press Association and the Long Island Press Association.  Debuting in September 2011, he produced and starred in “Kevin’s Corner TV” a Cablevision show featuring local personalities and stories.  The show still enjoys life on its own YouTube Channel.

Kevin owns an online marketing business called www.urfamilyfirst.info and is an adjunct professor of Journalism at New York Institute of Technology.  He is an avid car enthusiast and actually owned a few of the cars featured in his latest children’s book titled, “Cee Jay and Bugsy”.

“After more than 25 years in the field of Journalism I can say, with strong conviction, it has been an amazing ride.  I love the field, the challenges, the trials and tribulations and I am excited about where the profession is headed,” said Horton

In the Spring of 2013 Kevin returned to NYIT as a professor of Journalism and is currently teaching Introduction to Journalism, News Gathering, and assisting with television production department.  He Is also the advisor of the Campus Slate, the same publication he was editor of when he was an undergraduate at NYIT.  “My experience in the field of communication has been a great ride and now I’m enjoying sharing that ride with the next generation of journalists to ensure that this amazing field continues to flourish for generations to come.“

Kevin and his family have been part of the very fabric of Long Island for centuries.  A paternal ancestor, Barnabas Horton, was one of the original European migrants to this area, arriving in Southold before the year 1640.  The Horton family are active parishioners at St. Boniface Martyr Parish, where he married his wife, Milkenia, in 1992.  Kevin and Milkenia have two children, Kacey, age 20, and Samantha, age 15.